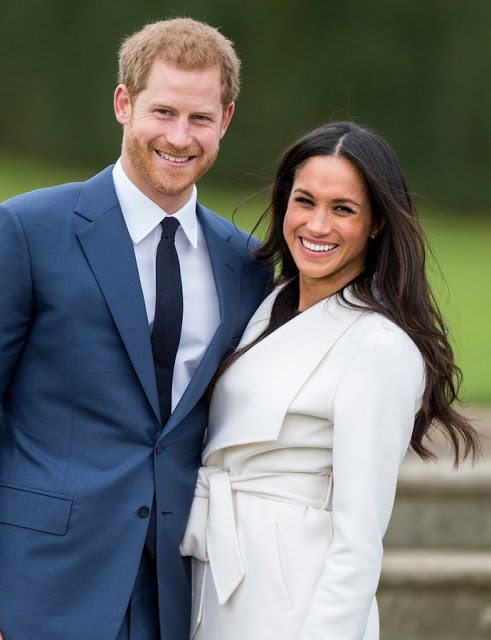 Your Guide to the Royal Wedding

For those who are unaware, the royal couple is getting married Saturday, May 19th 2018. Here is our comprehensive list of everything you need to know about Prince Harry and Meghan Markle.

According to Fox, prince Harry custom designed Meghan’s ring with hidden meaning in each feature! One such hidden meaning is that the center stone of her ring is symbolic of the trip the two went on to Botswana. Fox also reports that the two stones to each side of the Botswana center stone are special to both Harry and Meghan since they are from Princess Diana’s collection.

The wedding is being held at St. George’s Chapel, the same chapel that Harry was christened. According to Telegraph.co.uk, the guest list is said to include 800 people and fill up St. George’s Chapel. Of those invitations notable mentions on the guest list include Queen Elizabeth II (of course), both of Meghan’s parents who will be traveling to attend the event, and friends of the bride and groom. It has not yet been confirmed that former president and former first lady Michelle and Barack Obama were invited to the ceremony— although it has been speculated!

We have absolutely no clue who is making Meghan’s dress, but we can’t wait to find out! There has been a lot of speculation over different designers but none of them have been confirmed for sure yet!

The couple will be having a carriage ride around Windsor with security following their every move (have to keep the royal couple safe!).

Congratulations to the royal couple! We hope they have a wonderful wedding (and we’ll be here if they need any wedding cinematography or photography!)!

Happy Thanksgiving everyone! ❤️🧡 We hope yo

Our beautiful bride @juliavanhealth is taking over